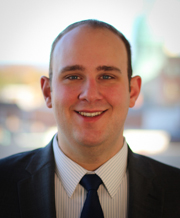 Attorney Matt Clayberger recently won the dismissal of his client, a local police chief, in a defamation lawsuit arising out of a cold-case murder investigation. After taking over as chief of a local police department, Attorney Clayberger’s client renewed an investigation into a 1989 cold-case murder. During the course of the investigation, which was covered heavily by local news media, the police chief made comments identifying the plaintiff in the defamation suit as the lead suspect in the murder. In a suit against the police chief and several newspaper entities, it was alleged that the chief’s statements identifying the plaintiff as the lead suspect in the murder investigation were defamatory and cast him in a false light.

On or about September 6, 2018, the Northumberland County Court of Common Pleas issued an Order sustaining the police chief’s Preliminary Objections and dismissing the police chief from the lawsuit, with prejudice. The Trial Court recognized that, under Pennsylvania law, a police chief is entitled to high public official immunity that shields the chief from liability for any official statements made to the media about the course of an investigation. Since the public interest favors the flow of information from law enforcement agencies to the media during the course of a high profile investigation, the Court concluded that the chief of police was immune from suit.

Questions about this case can be directed to Matt Clayberger, at (717) 237-7150 or mclayberger@tthlaw.com.