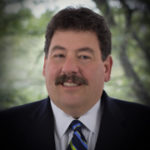 In May 2018, TT&H Attorneys Joe Cardile and Mike Burgoyne won a directed verdict in a subrogation case brought by Nationwide Mutual Fire Insurance Company. Nationwide sought to recover some $595,000.00 in payments made to its insured as a result of a residential house fire in Baltimore City. Nationwide brought suit against an HVAC contractor in Baltimore City Circuit Court and requested a jury trial, alleging that the HVAC contractor caused a high temperature limit safety switch to be bypassed, or observed the bypassed switch and failed to correct the condition. Nationwide alleged that the contractor thereby permitted an unsafe operation of the furnace, which subsequently overheated and ignited the wood structure above the furnace, consuming the home in a fire.

Representing the HVAC contractor, Attorneys Cardile and Burgoyne pursued an alternative theory for the origin and cause of the fire through their own experts. They also challenged the failure of Nationwide’s fire investigator to follow NFPA 1033 and NFA 921, and to preserve the scene for other investigators. Motions in limine were denied, but at trial, the Court permitted cross examination on issues of spoliation of evidence. Following a five-day jury trial, and after a motion made by Attorney Cardile, the Court entered judgment for the defendant contactor. The motion was based upon Nationwide’s failure to prove when the safety switch had been bypassed, which in turn meant a failure on the part of Nationwide to establish any duty on the part of Attorney Cardile’s client.