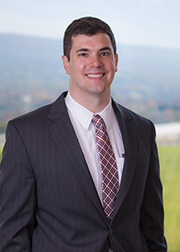 In connection with a dog attack resulting in serious injuries, TT&H Attorney Joe Cardile won summary judgment for a defendant-landlord. The incident occurred while the Plaintiff was visiting a friend’s townhome, during which time a large Labrador Retriever allegedly escaped from the home of its owner and “aggressively lunged” at the Plaintiff, causing the Plaintiff to slip and fall, shattering his right elbow. The Plaintiff filed suit against the dog’s owner, who was a resident of the townhome, as well as the landlord of the townhome. Representing the landlord, Attorney Cardile sought judgment as a matter of law because the record confirmed the landlord was unaware of the specific dangerous propensities of the dog that allegedly resulted in injuries to the Plaintiff.