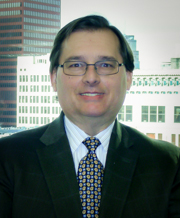 The Pennsylvania Supreme Court unanimously resolved a municipal boundary dispute in Adams Township v. Richland Township and, in doing so, it brought certainty and closure to the residents in the affected area. The decision, authored by Justice David Wecht, confirmed the constitutionality of the procedures employed to resolve the dispute and it endorsed the decision of the board of commissioners that heard the case. The commissioners had ruled that there was insufficient evidence to ascertain the true boundary as established in 1870, when Adams was carved out from Richland. However, the board also determined that, over the years, residents relied upon the tax map boundary line in making decisions whether to purchase property, whether to build or improve their homes, and where to educate their children. The board decided that the municipalities had tacitly induced that reliance by collecting taxes, issuing building permits, etc. The decision now removes any barriers to a substantial real estate development in the affected area. The Supreme Court’s ruling adopted the position of Richland Township in its entirety. Richland was represented in the appeal by Louis C. Long.