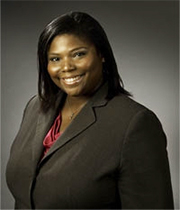 The Maryland Court of Special Appeals recently dismissed an appeal and affirmed a summary judgment obtained by TT&H Attorney Renita L. Collins. The summary judgment dismissed claims for monetary damages after the fire department ruled an electrical fire, which originated from an outlet, was unintentional and accidental. The claim had been brought by an adult apartment lessee and her father, who failed to obtain renters’ insurance, despite being required to do so under the terms of the lease. The Plaintiffs had claimed damage to personal property and resultant and residual emotional distress.

Granting Renita’s Motion for summary judgment, the Trial Court determined that the building’s owner and manager had no notice of a latent defect that caused the fire. The Court further concluded that the Plaintiffs presented no evidence to support their claims for, inter alia, breach of contract, negligence, intentional inflection of emotional distress, and “failure to maintain premises and duty to repair defects capable of death.” Following the entry of summary judgment, Renita was able to successfully defeat two Notices of Appeal, one of which was untimely, and neither of which complied with the Maryland Rules of Civil Procedure.