TT&H Attorney Ben Peoples prevails in appeal of $800,000 insurance coverage case before the United States Court of Appeals for the District of Columbia Circuit. 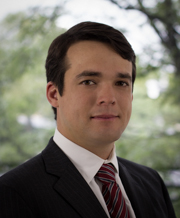 On July 31, 2018, the Court of Appeals for the District of Columbia Circuit affirmed a judgment entered in favor of an insurer represented by Ben Peoples in an insurance coverage case. The action was brought by a couple who owned a beach home in Rehoboth Beach, Delaware.  The couple failed to shut off the water supply, maintain heat, or drain the plumbing system of water while away from the home.  While the home was unoccupied, a water pipe burst, and flooded the home.

The homeowners’ insurer denied the claim based on a manuscript exclusionary endorsement in the insurance contract. The homeowners filed suit against the insurer for breach of contract.  Finding that they could not recover under the clear and unambiguous terms of the insurance contract, the District Court granted summary judgment to the insurer.  The homeowners appealed.  The appellate court for the D.C. Circuit affirmed, adopting Attorney Peoples’ argument that the clear and unambiguous language of the insurance contract, which required the insured to shut off the water supply where it entered the house and either maintain heat or drain the system of water when the property is vacant and unoccupied for more than 72 hours, excluded the loss because the plaintiffs were away from the home for more than 72 hours, and failed to maintain heat, turn off the water supply, and/or drain the system.