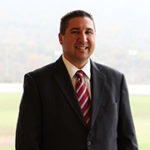 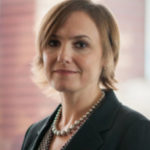 On May 5, 2017, TT&H attorney Thomas P. McGinnis, with the assistance of fellow TT&H attorneys Thomas E. Zumpella and Karin M. Romano, received a defense verdict in a nursing home negligence case in the Allegheny County Court of Common Pleas. The Plaintiff alleged wrongful death and survival claims against the nursing home as a result of the death of her decedent, a resident-patient, who died after the administration of a breathing treatment. It was alleged that the resident-patient was negligently left alone during the breathing treatment and vomited into the mask used during the treatment, resulting in aspiration and death. However, at trial, nursing home personnel testified that the resident did not vomit into the mask at any time and that the resident only passed away after the breathing treatment had been successfully completed. At the conclusion of trial, the jury returned a verdict in favor of the nursing home, finding no negligence on the part of the facility in the care provided to the resident.

Tom McGinnis is one of the firm’s Managing Partners and practices from the firm’s Pittsburgh office. Questions regarding this case can be directed to Tom, at (412) 926-1420 or tmcginnis@tthlaw.com.