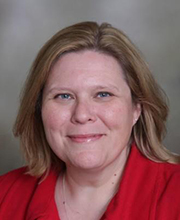 In November 2017, TT&H Attorney Rebecca Sember-Izsak won a defense verdict for Sam’s Club following a jury trial in the Allegheny County Court of Common Pleas. The Plaintiff, an 83-year old patron of the store, claimed he was struck on the head while exiting through a vertical garage-style door. A store employee was bringing the door down by pulling on a rope at the time of the incident. The Plaintiff claimed post-concussion syndrome with claimed memory loss, constant headache and other symptoms as a result of the accident. Following two days of trial, the jury determined that the store and its employee were not negligent.

Questions about this case can be directed to Rebecca Sember-Izsak, at (412) 926-1446 or rsember@tthlaw.com.