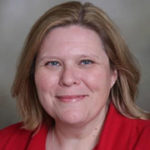 On April 19, 2018, TT&H Attorneys Rebecca Sember-Izsak and Candace Edgar won a defense verdict for a well-known retail client following a four-day jury trial in the Federal District Court for the Middle District of Pennsylvania. The Plaintiff, a 71-year-old patron of the store, claimed that she tripped and fell over a shoe bench in the shoe department, which had been “hidden” at the end of an aisle. As a result of her fall, Plaintiff sustained an intertrochanteric fracture of the left hip, requiring surgical repair. Notably, the Plaintiff suffered from Parkinson’s Disease at the time of her fall and later claimed that her fall accelerated its progression. Following a brief deliberation, the jury found no negligence on the part of the store.