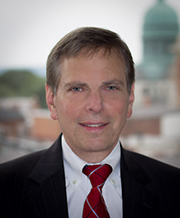 At trial, Plaintiff’s cause and origin expert testified that the fire was caused because the bed in the master bedroom had been pushed too close to the wall, crushing the lamp plug, which was plugged into the receptacle at the head of the bed. According to the expert, this caused a short and arcing, which ignited the mattress, resulting in the spread of the fire throughout the bedroom. The parties stipulated that the amount of the damages was the full amount being sought by the Plaintiff and that the issue of attorneys’ fees would be reserved for a post-trial motion to be filed in the event that the jury found in Plaintiff’s favor on the question of liability. Plaintiff also determined that the negligence claim would not be put to the jury and that there need only be a determination of liability under the lease, which provided for damages if the fire was caused by the tenant or its guests. As such, the only question submitted to the jury was whether it found by a preponderance of the evidence that Defendant, Hope Mennonite, or its guests, caused the fire at the insured property. The jury answered this question in the affirmative. A post-trial motion for attorneys’ fees was then granted and the Court entered judgment in favor of Mutual Benefit for the full amount of damages and attorneys’ fees.

Questions about this case can be directed to Gordon Einhorn, at 717-441-7054 or geinhorn@tthlaw.com.