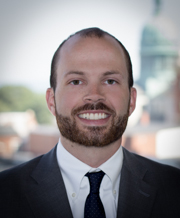 At trial, the judge allowed evidence to be submitted to the jury that the Defendants were insured against personal injury, reasoning that the insurance evidenced the Defendants’ control over the springhouse. The jury deliberated for less than 2 hours and concluded that Plaintiff’s own negligence, not that of the Defendants, was the greater cause of his alleged injuries. Plaintiff’s comparative negligence thus barred any recovery against the Defendants.

Questions about this case may be directed to Joshua Bovender, at (717) 237-7153 or jbovender@tthlaw.com.